Save ££'s on the cost of Renault keys

Losing your keys on a pre-2001 Renault can prove to be an expensive mistake. New keys have to come direct from the dealer, cost in excess of £80 and can take 10 days to get hold of.

The solution comes in 3 handy devices : 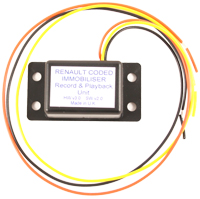 If you know the 4 pin code for your vehicle, simply connect a Renault Emulator into your vehicle's ECU. The Emulator will then learn the code from the vehicle, and effectively emulate a disarmed immobiliser. The vehicle can now be started each time with a key without a transponder.

Alternatively, the code can be entered into the emulator before attaching to the vehicle, using the Renault RPM Programmer. 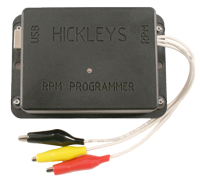 This unit allows Renault Record / Playback Modules (above) to be pre-programmed, prior to being fitted onto the vehicle.

RPM's can be programmed directly from a 4 digit PIN, or from an EMS Code (obtained from a memory dump from the immobiliser).

Only a single USB connection is needed on the host PC, running Windows XP, or 98/ME. 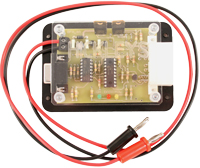 The ‘Brute Force’ rig finds the Engine Management Start Code (normally sent by the immobiliser) for a number of pre-CAN Renault engine ECUs.

It does this simply by starting at code zero, and trying all differs / permutations of the EMS code, until it finds the one which the ECU accepts. This usually takes several hours.

Once the EMS code is known, an RPM unit can be programmed with this number.

This process has the following advantages: 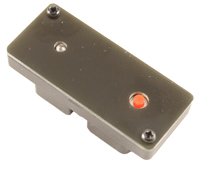 The PEP plugs into the OBD socket and has two modes of operation:

The P.E.P takes a manually entered PIN code, which is entered using the red tactile switch on the front. The PIN Code is entered via a series of flashes of the front LED.. It then converts this into a diagnostic message, allowing the immobiliser to be disarmed, assuming the PIN code was correct. In this mode, the PEP can be used as a diagnostic tool, for example, for vehicle recovery.

Once the car has been started, and ignition has been turned off, the immobiliser will self-arm again, in the usual fashion, and the PIN will need to be manually entered once more.

The P.E.P can be locked to a particular PIN Code, in such a way that every time the car’s ignition is turned on, the P.E.P will automatically send the same PIN Code to disarm the immobiliser. There is no limit to the number of times this can be done. Once the ignition is turned off, the immobiliser will self-arm after a few minutes delay and the security LED will begin to flash.

The PEP can be removed from the vehicle, or left in the OBD socket. In either case it will remember the stored PIN Code, and it won’t need to be manually re-entered.

The PEP is small enough to be left in place in the OBD socket, and the ashtray replaced, on Clio 2 models.

The RAE provides a permanent and effective bypass, allowing the car to be started on a steel key if necessary. It is entirely self coding, requiring no diagnostics or pincodes to fit. Once fitted, the security LED on the car will continue to flash in the normal manner, to act as a deterrent.

The RAE can be removed from the OBD socket for code reading purposes, and causes no permanent programming / coding changes to the vehicle.

The remote control function on any failed / intermittent key will continue to work, as long as it did in the first place.

This is a great little tool and a must for every diagnostic technician's toolbox.

Early Megane and Scenic vehicles (99-03) had an inherent fault with the UCH to immobiliser communication. Often, when the battery was low or the UCH was weak, the electronic memory became scrambled. This caused the immobiliser warning light to flash and the vehicle not to start.

The MRP (Megane Configuration Pod) plugs into the diagnostic socket and recodes the UCH to immobiliser, thus allowing the vehicle to start on the original key or by modifying with a RPM (see above).