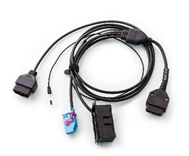 The ADC219 VAG Instrument Reset Cable is designed for use on an "all keys lost" situation on VAG vehicles with UDS & Micronas protocol vehicles. The cable connects to the AD100Pro / MVPPro tester and the vehicle’s OBD port and is specifically used in a lost key situation for various VAG group vehicles.

The ADC219 cable is designed to be used with ADS230 Cat C software and Smart Dongle.

Due to the number of cluster variations fitted to VAG group vehicles, AD cannot guarantee 100% coverage for ADC219 / ADS230 in a lost key situation for the vehicles listed in the application list. The cable has been designed for intermediate or advanced auto locksmiths who have a good working technical knowledge of removing, disassembling and re-fitting instrument clusters from vehicles.

Important Note: To Prevent damage to the Smart Dongle, ensure that the ignition is turned off when connecting the tester to the vehicle. 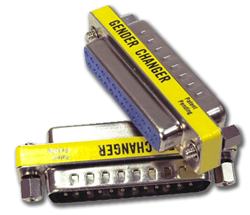 The Pin Saver Adaptor (ADC199) is for all AD100Pro, MVPPro and Classic testers.If you constantly plug and unplug the master cable into the tester, this is a must buy item for your key programmer as it saves serious damage to the main circuit board.

Over time, as the master OBD cable is plugged and unplugged constantly from the tester, wear and tear can occur to the pins within the 25-way connector on the tester. The ADC199 Pin Saver Adapter prevents damage to this connector, and ultimately the main circuit board (resulting in a significant repair bill), by being permanently screwed into the 25-way pin connector of the pro unit.

With the ADC199 Pin Saver Adapter fitted, you can be assured the connections on your Pro will remain in good shape.

Customers that purchase an extended warranty package on their key programmer will be issued with this Pin Saver free of charge.

Coded access systems consist of obtaining a challenge code from the vehicle which needs to be converted into a response code that the vehicle will recognise, therefore allowing access to the programming function to be performed.

Currently, the response code is generated via the Advanced Diagnostics website, which obviously requires an internet connection.

The Security Calculator comes FOC with all new AD100Pro and MVPPro purchases.

AD100PRO Truck owners will also need Ford Coded software to be able to use the security calculator. Please contact our sales desk for more information.

On certain vehicles, power is not available via the OBD connector and requires auxillary power to be supplied. This is the case on some Rover and Suzuki vehicles, as well as vehicles who have a fault or have a blown fuse.

ADC250 integrates the standard OBD cable with an auxillary power lead. This power lead can be unplugged from the main cable when not required. 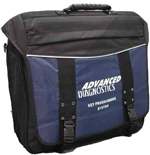 Keep your tester and leads protected and together with this smart looking carry case.